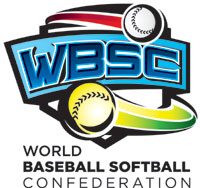 Baseball and softball players, supporters, and fans worldwide – from professional leagues to local clubs and junior teams – have come out ‘Swinging For The Fences’ and pitching for the Olympic Games, following the launch of a global campaign to get baseball and softball back into the Games.

‘This is an historic day’, said IBAF president and WBSC co-president, Riccardo Fraccari. ‘We have brought a new level of worldwide unity and determination to our quest to return to the Games. The 65 million currently playing baseball and softball around the world now have a single federation to rally behind. This is in the best interests of the athletes and putting the welfare of the athletes and the future of sport first, and inspiring young athletes to stand on the highest podium that an athlete can aspire to-the Olympic Games,’ he said.

‘Our vision is to give every boy and girl in the world a chance to play baseball and softball and to inspire them to take up the sport through the Olympic Games. Baseball-softball is a game that anyone, anywhere can play. There are no barriers to participation. If you’ve got a bat and ball you can play, regardless of age, gender, social, cultural or economic stature. Baseball and softball help to empower women and provide pathways for women and young girls to experience and participate in sport in all cultures,’ ISF President and WBSC co-President, Don Porter.

The WBSC’s new logo for the campaign was also unveiled. It symbolizes the unique appeal that has made baseball and softball among the world’s most watched, followed and commercially successful sporting brands and experiences.

The theme for its Olympic Games campaign, ‘Swing for the Fences,’ heralds a global call-to-action for baseball and softball players, supporters and teams to rally behind the Olympic Games bid.

Also, while in Tokyo for the formal launch, the ISF delegation had the opportunity to sit down with members of the Japan Softball Association, including JSA president Hiromi Tokuda and ISF vice president/Asia, Taeko Utsugi, during a luncheon on April 13th. The JSA president updated the ISF officials on activities of the JSA for the current and past year. The ISF president congratulated and thanked President Tokuda for the strong support the JSA has given to Softball development and the Olympic 2020 campaign.